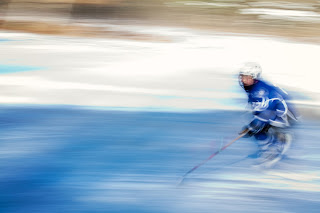 Ice hockey is bursty. The game is so fast, so intense, that players get on the ice for only short bursts, expending tremendous amounts of energy for shifts that average under 1 minute each, then returning to the bench to recover in time for their next shift.

When players stay on the ice too long (more than a minute!), their fatigue puts them at a disadvantage. Fresher, faster players on the opposing team have a much higher chance of scoring against tired players. To be successful, a team must change shifts frequently, giving players time to rest. An average player touches the ice more than 20 times per game. Talk about coordination and teamwork!

Despite the burstiness, it is difficult for a spectator to discern the TOI/shift duration during a live game because the players change shifts seamlessly. The game is fast and nearly continuous, with comparatively few stoppages of play.

Burstiness in our lives, like burstiness on the ice, means that we must be as resilient as ice hockey players. We need a team to take the shifts we are too exhausted for, a team that can support us while we catch our breath. And team members that can take a breath while we take our shift. 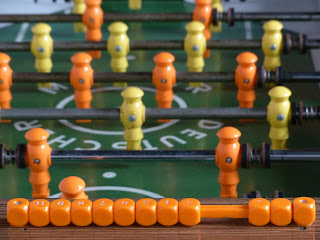